Typically, SUD’s on dump truck trays have been very heavy, impractical and have the potential to cause injury. The Soft Rigging Solutions SUD drastically reduces weight to a mere 4.2-14.2kg whilst still adhering to relevant standards. Consequently, safety is improved, enabling staff inclusion and simultaneously increasing production by reducing machine downtime.

A chance encounter at the WA Mining Conference & Exhibition in 2021 led Schlam to collaborate with Queensland-based Soft Rigging Solutions (SRS) to develop a lightweight, yet high-strength, Tray Retention System (TRS). One year later, this very encounter has resulted in taking out the winner’s trophy for the Hastings Deering Safety Initiative Award at the 2022 Queensland Mining Awards in Mackay.

Historically, a Tray Retention System has used lifting shackles and slings as a universal and readily available method in the mining industry, however, the weight – around 28 kgs – meant that they often require two maintainers to install each end and that out-of-position lifting of the shackle, as well as the sling, can result in injury. Not only are they traditionally cumbersome to lift and attach to the chassis and the dump body, but it also creates ergonomic issues for the user.

Schlam has previously used chains as the SUD, however, we wanted to explore safer options that could be moved into place by almost anyone on a mine site to promote inclusivity. 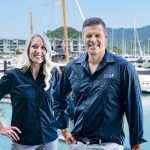 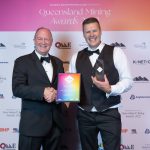 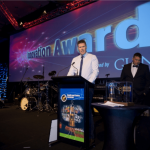